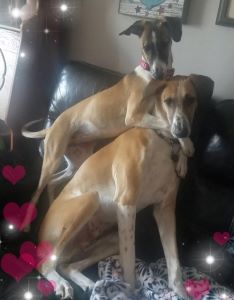 We rescue animals that need love. Whether it is overseas or in the domestic U.S. we focus on finding the animals that have no voice of their own.

We have worked with a lot of wonderful people in a large array of countries. Many of those countries do not have animal rescue and our team stepped in to help. As times have changed the TTDR team is still fighting for the voiceless animals that need our help to find homes free of abuse, starvation, and pain. We are a borderless rescue that is seeking animals that need a champion to help them find love.

We work with international organizations as well as domestic U.S. organizations to find animals that have been neglected and need help. 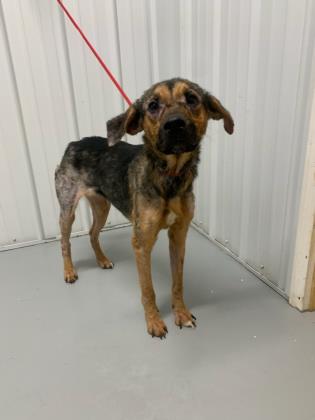 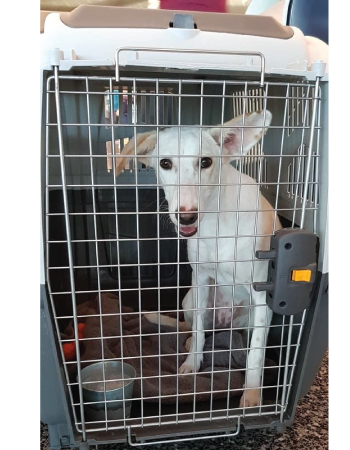 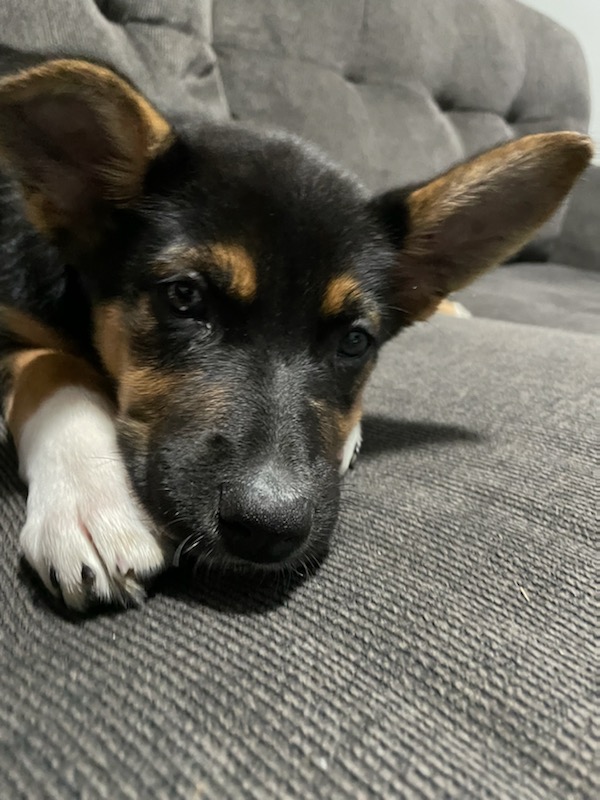 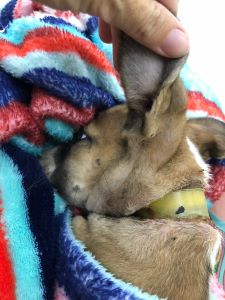 Our adoption fee is $350 for a dog, puppies under 6 months are $450 due to extra vetting costs. There is an extra fee for bonded pairs.

All dogs have the following shots done Rabies, 5 in 1 DHPPiL per the USDA. US vets recommend getting the Bordetella vaccine upon arrival.

Don’t worry the dogs can understand in the same manner they learn commands and their names. Just be patient and work with them. They pick up commands quickly.

Traveling Tails Dog Rescue has an account with Petlink.net. When we take possession of our dogs, we register the dog’s microchip to us. Once the adoption is official, for a fee of $10, TTDR will transfer the microchip registration to the adopter.

Traveling Tails Dog Rescue is dedicated to being an active voice for abandoned, abused, and neglected dogs. We rescue dogs from everywhere. Whether it is overseas or in the domestic U.S. We are devoted to changing these dog’s lives by finding them forever homes. We are dedicated to finding every dog the best life possible and compassion, love, and quality life.

Our love for dogs has no borders, and we are also committed to helping rescue and place as many dogs as possible may have a safe home and a loving family.

Our Board of Directors 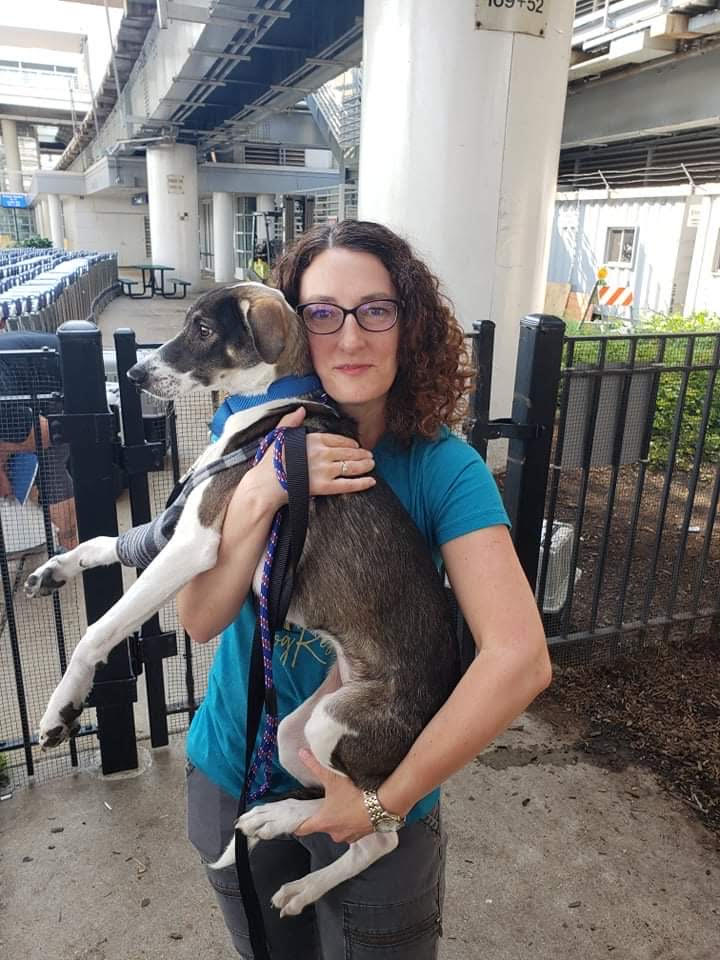 I have always been a big believer in rescuing dogs. All of the dogs my husband and I have ever had, have been rescue dogs.

In 2016, we adopted Danika, a German Sheperd Dog/Saluki mix from Qatar through a local rescue. She absolutely stole our hearts! Because of Danika and her story, I started helping with dog rescue. A few months later, we fostered Nigel, our second Saluki mix from Qatar. After a week, we decided to adopt him. Since then I have been actively involved helping to bring over more dogs from overseas to the USA to find them loving forever homes. Since co-founding Traveling Tails Dog Rescue, I play a key role in maintaining our overseas rescue partner relationships, assisting with the arrival of the dogs, airport volunteer coordination, crate collection and return, coordinating spay/neuter and vetting of dogs, listing and posting dogs, initial adoption screenings and record keeping. It is very rewarding when you know the oftentimes, harsh and devastating circumstances these dogs come from can be transformed into wonderful, happy endings here in the USA. We are blessed to have so many animal lovers here in our country who welcome these dogs with open arms. It is truly an amazing symphony of teamwork and heartfelt love both here and abroad that gets these dogs to their happy endings in their forever homes. I am honored to be a part of it. 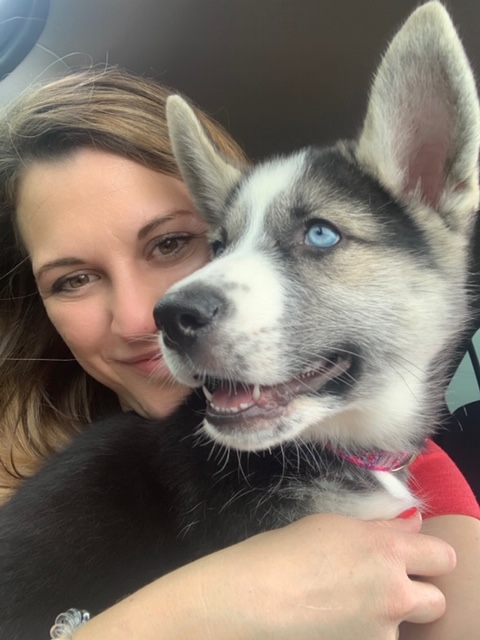 My family members have always been huge animal advocates and often volunteer with local shelters. In 2018, I began fostering dogs from overseas.

I fell in love with the mission to help give dogs from overseas a better life. Without the chance to come to the United States, most of the dogs would struggle to survive. Some of these dogs would never know what love is, which is extremely heartbreaking! Living on the streets as strays can be dangerous as these animals are often poisoned, tortured, and killed even though they are very sweet and affectionate. My husband and two young children have loved the experience of fostering so much that we adopted Lucy, a young German Shepherd from Qatar in early 2019 after I helped co-found Traveling Tails Dog Rescue. I play a key role in maintaining our overseas rescue partner relationships, assisting with the airport arrival and transport of dogs, and airport volunteer coordination, listing and posting dogs, adoption screening and home visits, and keeping us connected with the larger rescue community. Co-founding the rescue has been a family affair, we are all involved and my kids love meeting the various dogs and transporting them to their forever homes too! 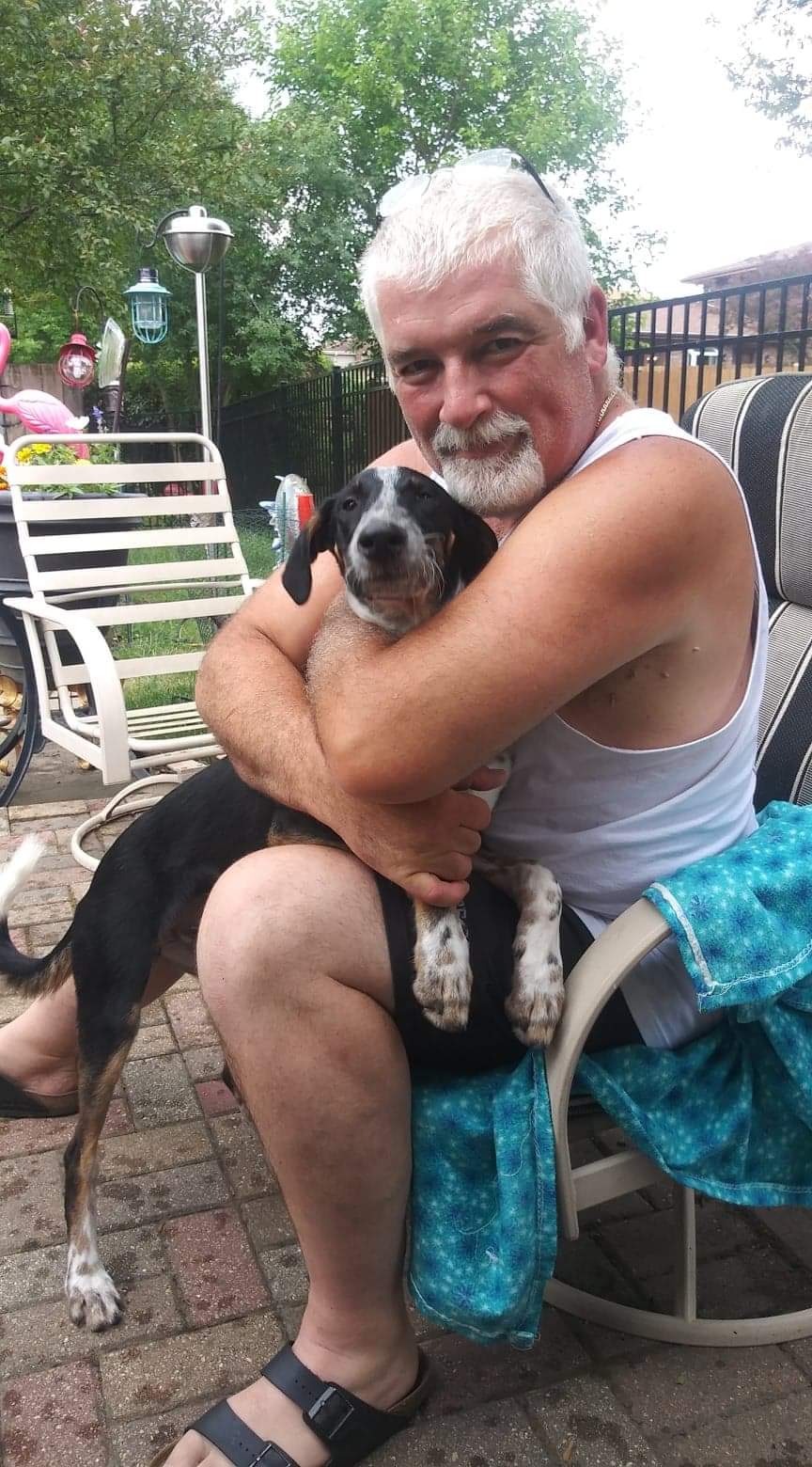 I have been involved with Traveling Tails Dog Rescue in one capacity or another since it’s inception! Being retired military,

I have had the opportunity to see first-hand, the hardships these beautiful creatures face in Qatar on a daily basis. It is not an easy life! Ours is a cause I totally believe in and am 100% committed to! I absolutely love all of these crazy, goofy, energetic and beautiful dogs!! But for myself, I have a tendency to gravitate towards the really hard case dogs! The ones that have experienced some sort of serious trauma (either psychological or physical). We have rescued two Salukis from Qatar ourselves. Both hard cases, Cisco-Balou (“My Giant” as I call him) was one of a litter of nine, born as strays on the streets of Doha, Qatar. He was found by one of our amazing rescue partners over there. He was cowering under a dumpster after watching seven of his siblings brutally killed in the streets of Doha! These amazing dogs are the most resilient creatures ever… after all he went through, he was so sweet, gentle and fun-loving that it took us all of 2 minutes to fall madly in love with him and decide to adopt him!

When, some months later, we decided it was time for him to have a playmate, the very same lady that rescued Cisco-Balou, had just found another tiny pup, born on the streets, who would not have lived much longer, had she not intervened. She took her in and named her Marie, (the very Marie described in our “Mission Statement”). The second I saw her sad, scared face and bare flesh of her neck, my heart was lost to her and I knew I had to have her! She needed a safe and loving home off the streets and in the U.S. It took another four months before she was well enough and old enough for the long flight.

Thus began my spiral into what would become my passion… our passion! My family and I simply cannot get enough of these beautiful, loving animals! Whether fostering, pup sitting or raising money to bring yet another dog to the states, we do it! Eagerly and without reservation! I didn’t grow up with dogs, but dogs have become a big part of my life. I first worked in rescue by being a dog foster. I loved having another dog in my pack and helping them along their way to a forever home. I have fostered over 30 dogs and each one holds a piece of my heart when they leave and go to their homes. I met up with Traveling Tails the same way by starting fostering for the organization. My first foster was Mimosa and she was a sweetie. We helped with finding her the perfect family and in doing so I got to know the people behind the organization. Everyone was so kind and focused on the mission to save dogs I had to volunteer more. This is when I became the webmaster for TTDR and digital helper. I think I was their first tech nerd and I have worked hard to make innovations in the TTDR digital side with the website, social media, t-shirts, and yes still fostering. I think my family and I hold a record for the total number of dogs fostered at one time. We love our animals and love our fosters, but most of all we love being part of a team of people that give their hearts into the mission to save animals. 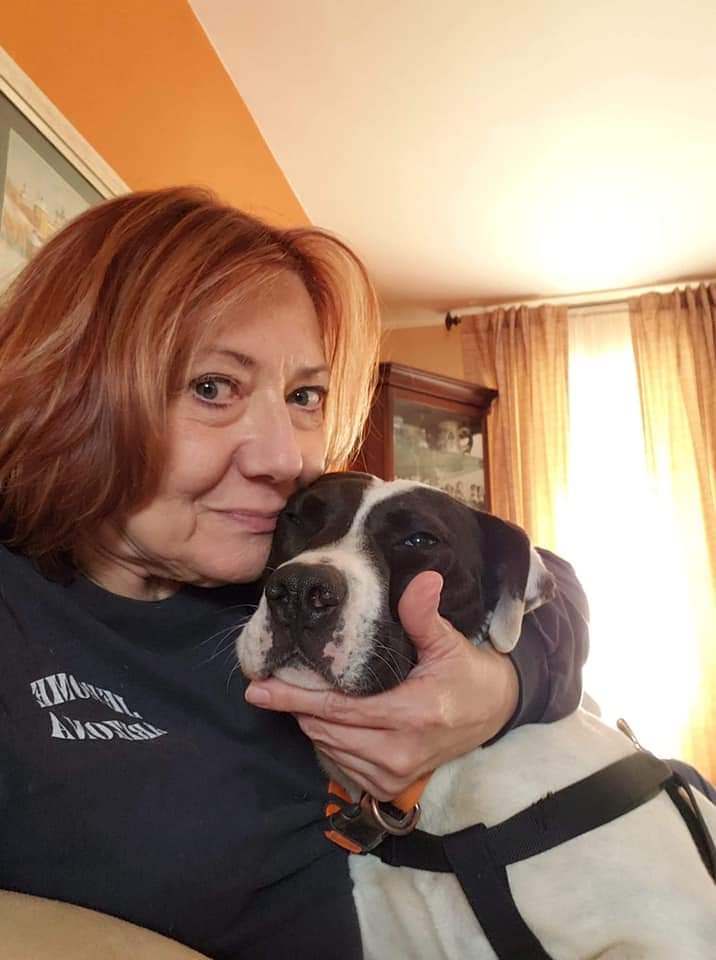 I’m an animal lover.  My first dog was when I was young.  I loved that dog.  I taught her to retrieve shoes, carry the mail to the mailbox, as well as regular dog tricks. I was with her when she gave birth to 9 puppies.  I wanted to be a veterinarian; however, college wasn’t an option, so I went to secretarial school and worked & retired for/from the Federal Government where, like Casey, got to see firsthand how poorly dogs & cats were treated and seeing them roam the streets just looking for their next morsel of food was heartbreaking.  Unfortunately, I wasn’t in a position to rescue all of them but when living in Europe, I was given a kitten.  Then I adopted another.  Knowing animals needed to be part of my life, I worked part-time, evenings, at a veterinary clinic.

I unknowingly became involved with Traveling Tails Dog Rescue in August 2019 when they posted their need to fill the first leg of a transport.   I picked up Sassy & Daisy, two dogs who had just arrived the night before from overseas.  They were beautiful.  Remembering what I witnessed living/traveling overseas, I was so intrigued with TTDR.  I carried on chats with the TTDR team about how the two dogs arrived, the rescue, the dogs’ story and became very interested in helping TTDR.  I was so impressed with TTDR, the work they did, the professionalism, and the caring, I became a full-time volunteer.  I fell in love with the Saluki breed with the introduction from TTDR.  I offered to assist with airport arrivals, to foster, to help find fosters/adopters in my area of the East Coast, and to transport.  I thoroughly enjoyed it.  Now, as a member of the Board, my added duties include assisting with contracts, vetting of applicants, and promoting TTDR.  Looking back, I should have kept a log of all the dogs from TTDR we’ve fostered.  There will always be that special dog or two who has captured your heart.   One is Bambino who needed major surgery when he arrived and thankfully was adopted & living only 2 miles from me, so I’m able to visit.  The next one was Erwin (now Charlie), who was a domestic rescue during Covid.  It broke my heart to say goodbye to Erwin (that’s him in my picture).  Even though you know you have to say goodbye, it brings me so much joy to help these dogs, knowing the life they left and the love that awaits.  I’m so appreciative to be a part of this team.

We, the Founders of Traveling Tails Dog Rescue are all like-minded individuals dedicated to one cause, saving as many lives as we can, and giving a voice to the voiceless! We are in it for the long haul, as are our incredible host of volunteers! Without who, we could not continue our mission! It is a mission we wholeheartedly believe in and enthusiastically strive to carry out to the very best of our ability. 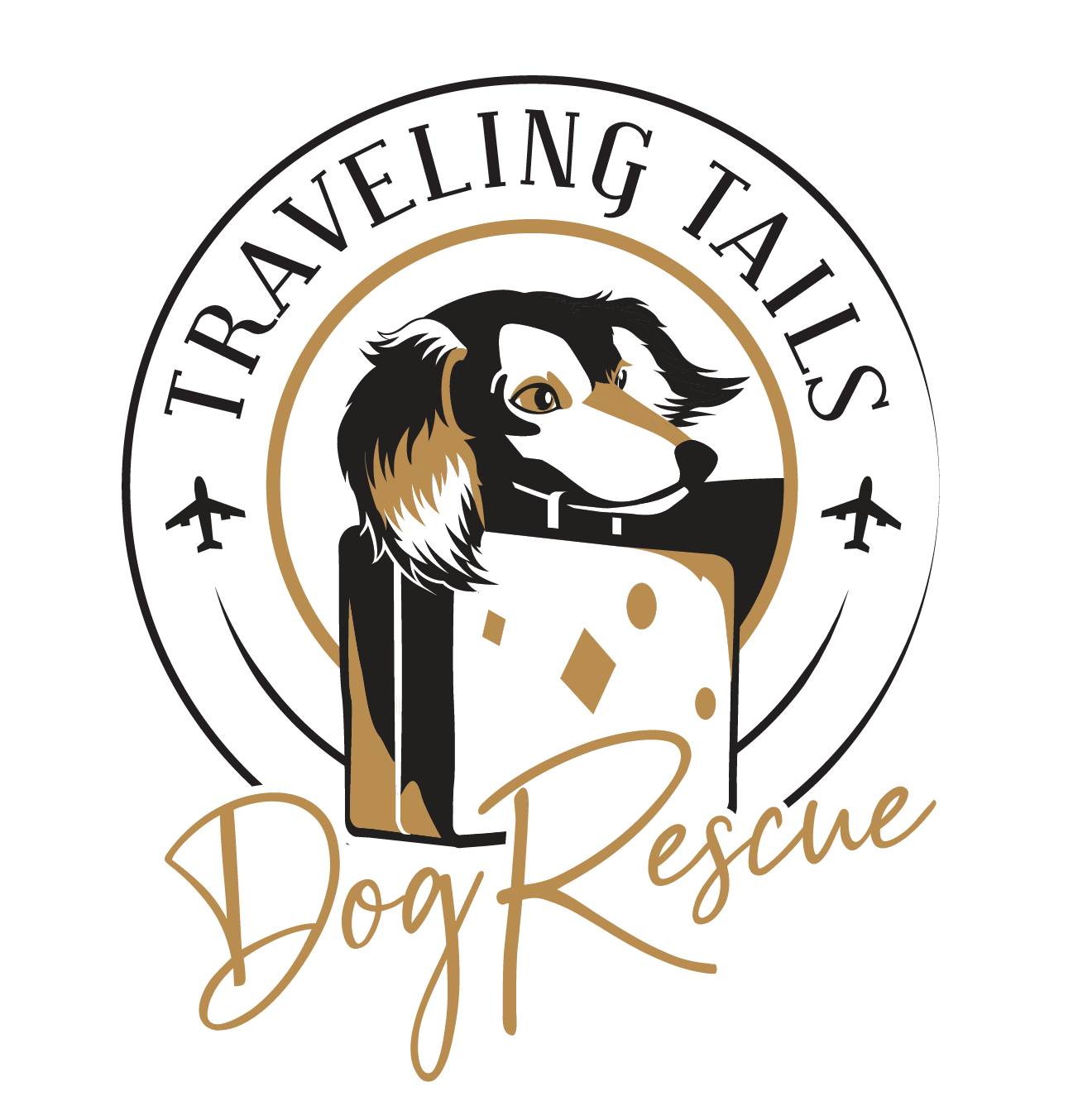 If you prefer to mail your donation you may send it to our accounting volunteer. Payable to Traveling Tails Rescue.

TTDR is headquartered in Illinois. The Southern office of TTDR accepts all checks. 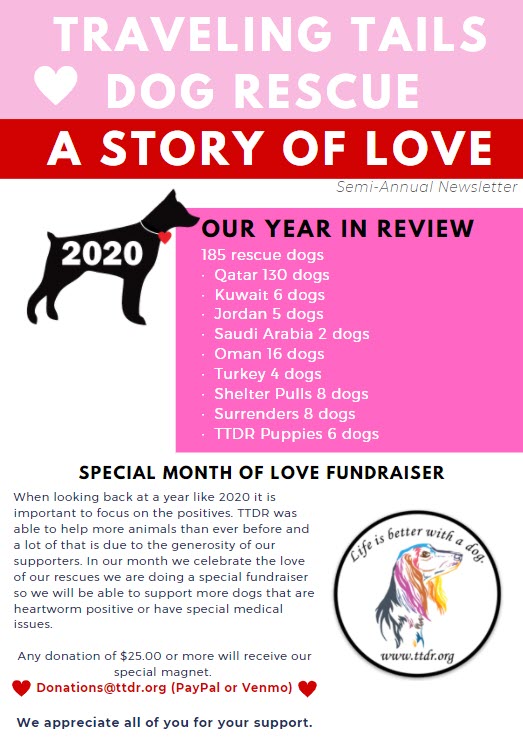 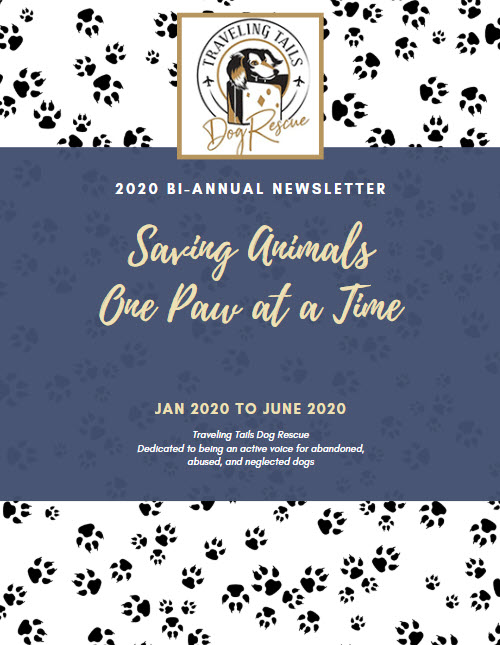 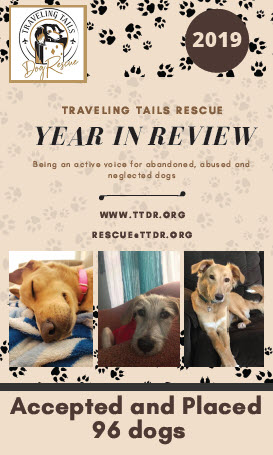 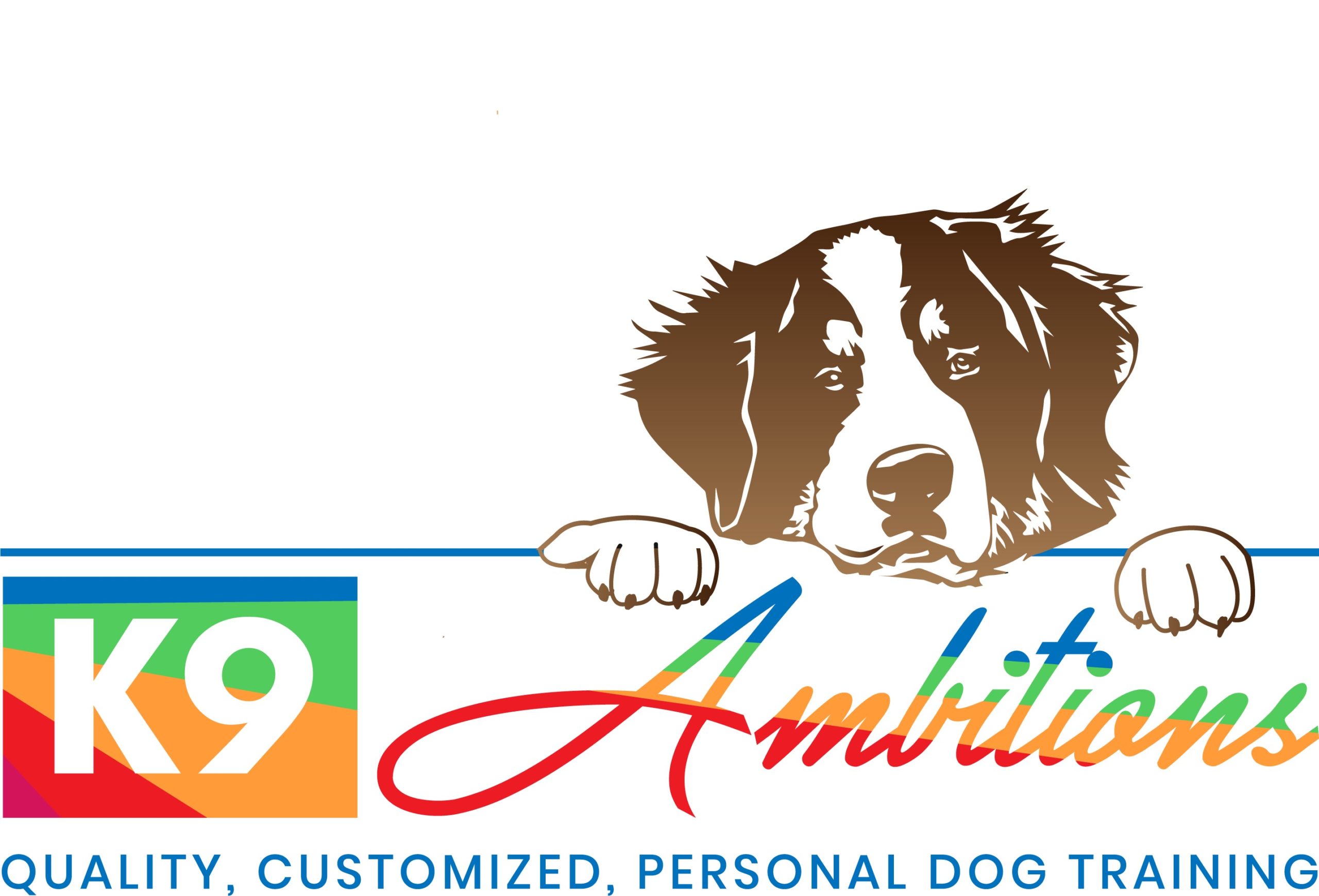 Get our updates on the animals and the rescue mission to have every animal have a furever home.