The Rule of 3 when Adopting a Rescue Animal

Change is hard for people and for animals and many times when dealing with a rescue animal it is even harder. Time and patience is the key for making sure your rescue animal a chance to get to know you, their new environment and their new pack. There is a simple rule of 3: 3 days, 3 weeks, 3 months – that helps make the transition easier for everyone.

To explain the rule of 3 our example is a wonderful dog named Gracie. Gracie came to the rescue from Qatar. She had a tough past and some very rough treatment in her short life.  When we first saw her we saw that part of her ear was missing and her face had multiple scars from being attacked when she was living in Qatar.  Not surprisingly, she had a very hard time adjusting to the transition in the U.S. and was found to be nippy and growled at the people she was with.  However, she was also an affectionate and playful dog with a lot of personality.  Despite her scars she is cute and cuddly and got adopted very quickly, but the timing and the transition to her new family did not work in her favor and she was brought back to find a better fit. 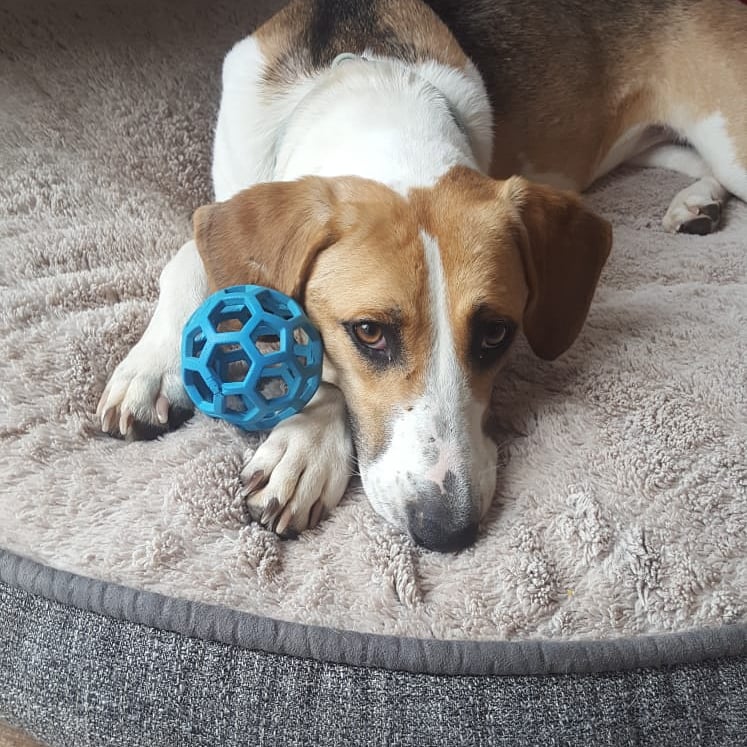 Gracie was very anxious and her past trauma required time and stability so she could work through it. She was also still a puppy, so patience was needed, and this is where the rule of 3 comes into play. Gracie went to a foster home to work on her anxiety and socializing.   After the first 3 days of growls, and nips she started to realize she was not in a bad place and became more comfortable.  She had ample food, water, and the companionship of people and other dogs. Gracie still had issues and was aggressive at times, but it was reactionary not deliberate, and a firm command from the alphas calmed her down and allowed her to see where her place was in the pack.

Many times, animals might not eat or relax in their first 3 days in any new environment.  Don’t panic.  And just as important, be patient.  It is all new surroundings, new people, and potentially new animals. Help them transition into their new environment gradually.  Try to do the initial transition with time outside, this is neutral ground and offers a break from inside which helps them adjust to their new surroundings.

After 3 weeks Gracie was quickly coming out of her shell. She was relaxed, affectionate and had stopped growling.  She was no longer worried about not being fed or being left by her pack. She was starting to feel she had a home.  After so many transitions in her home country and in her transition to the U.S. Gracie’s true personality was starting to come through.  The key was in the timing. In just 3 weeks she had calmed considerably.

During the 3-week period the training and establishment of a routine and structure should be the primary focus. As the animal feels more comfortable in their environment, they can learn basic commands, potty training, eating routines and the establishment of a pack order.

The 3-month stage is the full integration to the forever home and forever pack.  3 months of time allows for real settling in and deep confidence to be instilled that they are not going to be abandoned.  A dog’s confidence level with their pack leader (alpha) really shows in their behavior and they will show their love and devotion to their new family.

Each time a dog has moved the process starts over again. Commitment to a dog is a lifelong commitment to unconditional love. It is important to remember that when you adopt from any rescue that the animal is going through a tremendous change and will need time and understanding.   By keeping the Rule of 3 in mind it will help you through the process and know when to transition to the different tiers. Each tier brings new confidence to the animal in helping them understand that they are loved and cared for.  After an uncertain past that most rescue animals have experienced, time, patience and love is everything.

If you think you would be a good foster we are always looking in any state in the U.S. opening your home to a rescue animal can be one of the most rewarding experiences of your life. 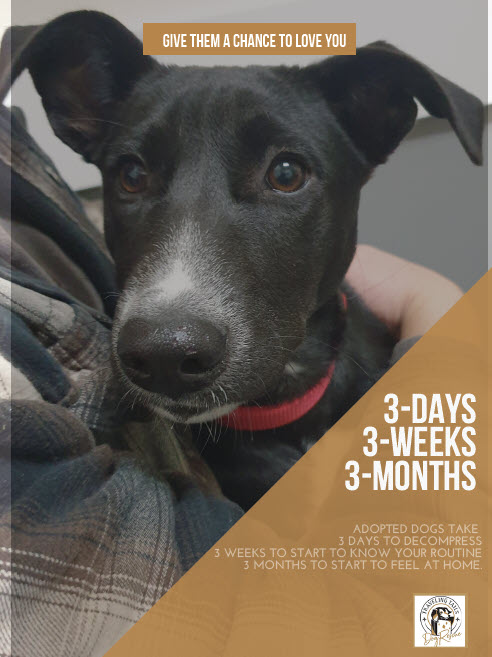